Provide for future generations by creating a sustainable regional water system capable of meeting the water needs of the Estancia Valley area for generations to come.

“Water is the lifeblood of New Mexico. A sustainable supply of water in the Estancia Valley will ensure future growth and economic viability for generations to come.”
~ Steve Anaya, July 23, 2019

“This might be the smartest thing that ever happened to this valley – for people to come together to share what water resources remain.”
~ Bill Larson, January 22, 2019

“Over the last (4) four years, the City of Moriarty has supplied approximately 5,950,000 gallons of bulk potable water to the residents of the Estancia Valley, and we believe a substantial percentage of these users located in the McIntosh area. If EMWT were to supply water as planned, the community would be more effectively and conveniently served.”
~ City of Moriarty Mayor Ted Hart, September 15, 2016

EMWT Regional Water Association’s mission is to supply safe water to the Estancia Valley by implementing a regional water distribution system – protecting groundwater resources and keeping the water in the Valley.

The Estancia Valley, in semi-arid central New Mexico, covers approximately 2700 square miles with a population of approximately 50,000 utilizing water from the Estancia Basin. Prior to 2014, no regional governmental entity existed that focused on the Basin’s water resources and met the need to serve the region’s continued growth and long term vitality.
In September of 2014, in response to concerns regarding water resources, EMWT was formed. The Town of Estancia, City of Moriarty, Village of Willard and Torrance County adopted a Joint Powers Agreement organizing the EMWT Regional Water Association for the purpose of acquiring or constructing a regional water supply system which would serve domestic, municipal, agricultural, commercial, industrial and governmental users.
EMWT submitted a five-year Infrastructure Capital Improvement Plan in May of 2016 to the New Mexico Department of Finance and Administration which described its proposed overall regional project. In addition, a Long-Term Master Plan and Environmental Report were submitted to the New Mexico Environment Department.
To date, EMWT has received several planning grants and has submitted applications for additional State and Federal funding for the Estancia Basin Regional Water System Project.

EMWT is a public entity as defined in Chapter 3, Article 28 NMSA 1978 and is managed by an appointed nine-member Board of Directors who serve four-year terms; two members are appointed by each of the governing bodies of the Town of Estancia, City of Moriarty, Village of Willard and Torrance County. The ninth member is appointed by the EMW Gas Association’s Board of Directors which provides input from the successful regional public utility.

Chairman of the Board
City of Moriarty
Term Expires: 12/2022
“Linking the Estancia Valley’s communities with life-giving water – that’s what EMWT is all about.”

Secretary/Treasurer
Town of Estancia
Term Expires: 12/2022
“Six generations of my family – from my great, great, grandparents all the way down to my grandchildren have lived in this Valley… That is what EMWT Regional Water Association is.”

Board Member
EMW Gas Appointee
Term Expires: 12/2022
“I believe EMWT will one day have a trunk line from Moriarty to Willard serving the three communities plus residences in between, especially McIntosh, and eventually branching out to the East mountain communities including Edgewood and Mountainair. Protecting the Estancia Basin water for its residents is critical.”

Board Member
Village of Willard
Term Expires: 12/2022
“I look forward to working with you as you serve on the EMWT Water Association’s Board of Directors! It is an exciting opportunity to be a part of this organization and help plan for the Basin’s future generations to have water.”

Board Member
Torrance County
Term Expires: 12/2020
“My interests in real estate investment leads to an interest in the availability and the use of our water. As water use increases with the population in the basin, the ability to share this finite resource equitably becomes ever more important.”

Board Member
Town of Estancia
Term Expires 12/2020
“I believe EMWT will help protect the water the in the basin from export and will bring in new business that will create new jobs.”

Board Member
Village of Willard
Term Expires: 12/2020
“I would like to assist EMWT to move forward with safe and affordable drinking water to homes throughout Torrance County! I will use my experience in the construction field to raise questions to the board they may not have foreseen. I look forward to serving the people of Torrance County with this important task.” 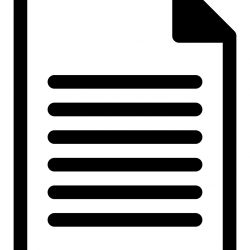